You can buy an all-wheel-drive Mercedes-Benz CLA compact sedan for $36,800 – all 208 horsepower of it and sporting the three-pointed star on the hood. Certainly the right brand for the brand-conscious buyer.

Or you could buy a 311-hp, mid-size Hyundai Genesis with AWD. When the CLA and the Genesis are uniformly equipped – anything standard on one is added to the other when available – the Genesis has a $3,305 price advantage.

That is, to get the CLA up to speed with the Genesis, you’ll need to add more than $9,000 in options. The Hyundai might be an option for the less-than-brand-conscious buyer who wants a ride with the look of luxury, but shies away from the price tag.

Mercedes will say its brand is a powerhouse and it could not be more correct. Interbrand ranks Mercedes No. 2 among all automotive brands (behind Toyota) and No. 10 among all global brands. Mercedes has earned its place based on financial performance, influence on customer choice, and price and earning strength. Merc is a powerhouse.

Hyundai, by contrast, is the No. 40 overall global brand and No. 7 among auto brands, just behind Ford but ahead of Audi. No one would reasonably argue that the Hyundai brand is as muscular as Mercedes, but no one is kicking sand in Hyundai’s face any longer, either. And the Genesis by any objective measure is simply more car than a CLA – more powerful, bigger, faster, and to some eyes at least as pretty, if not more so.

The point is, the Genesis has the look of luxury – and arguably the goods, too – even if the Hyundai brand is unquestionably mainstream. That’s what we’re about here. Cars with the look of luxury, but from mainstream brands at pleasing prices given the design, performance and equipment.

We went looking for champagne-like vehicles from what we’ll call beer-league brands – mainstream brands. Our list is subjective, though we think we can make the case for all 10. 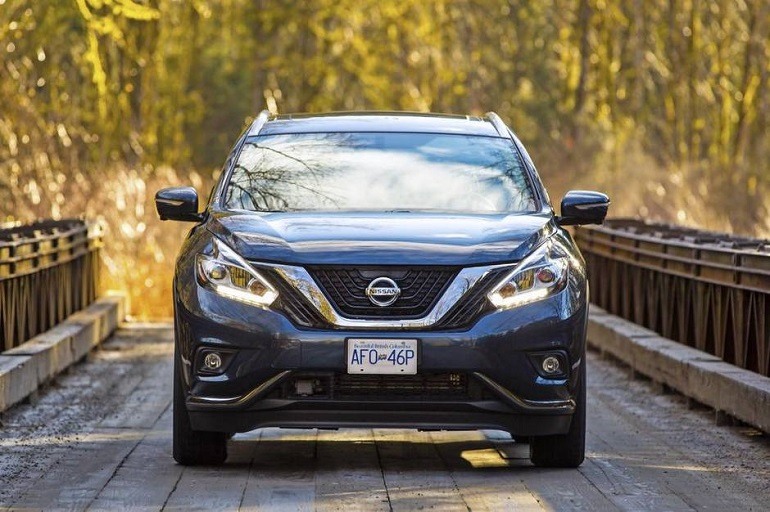 Top performing version: A 3.5-litre V-6 is the only motor, teamed with a CVT or continuously variable transmission.

The luxury-look argument: The overall shapes are mouth-watering, but Nissan has gone beyond all that by focusing on the details: standard LED daytime running lights (LED headlamps optional), sexy LED taillamps, big wheels, sheetmetal details and even the available panoramic roof. Heads turn when the new Murano rolls by. Looks pricey, but isn’t. 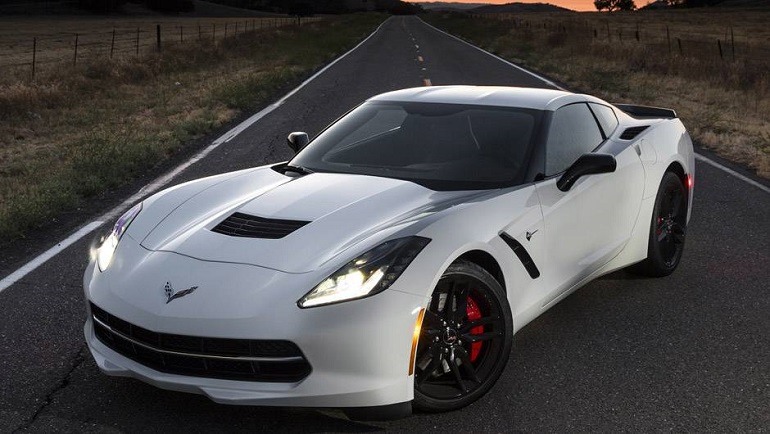 The luxury-look argument: Strip off the badging and this ’Vette could easily be mistaken for an Italian exotic selling for five or six time the price, or more. It’s a beauty, low and sleek and dangerous-looking. The on-road performance does not disappoint, either, and even the most basic version comes loaded with technology. The Chevy brand isn’t strong enough to support the pricing this car deserves. It’s that good. 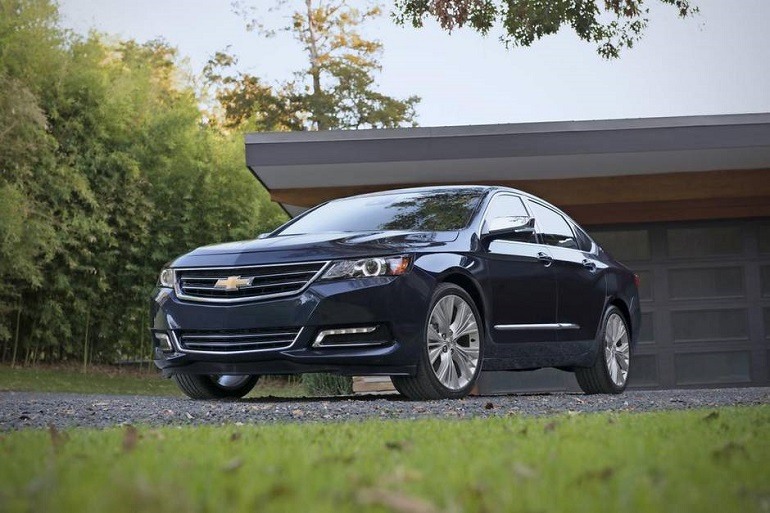 Top performing version: All versions come with the same 305-hp V-6 mated to a six-speed automatic.

The luxury-look argument: We’re not saying the Impala is completely competitive with these high-end “rivals.” The Impala is a front-driver while these others are rear-drivers or all-wheel drive. But we would argue the Impala is a styling rival of most, if not all, of these other premium cars. Beyond that, the base engine in the BMW is a four-cylinder turbocharged power plant with 65 fewer horses. On top of that, the Chevy is available with an uptown infotainment system that is dead-easy to use. If nothing else, you must agree that this made-in-Canada Impala does not look like a police car. 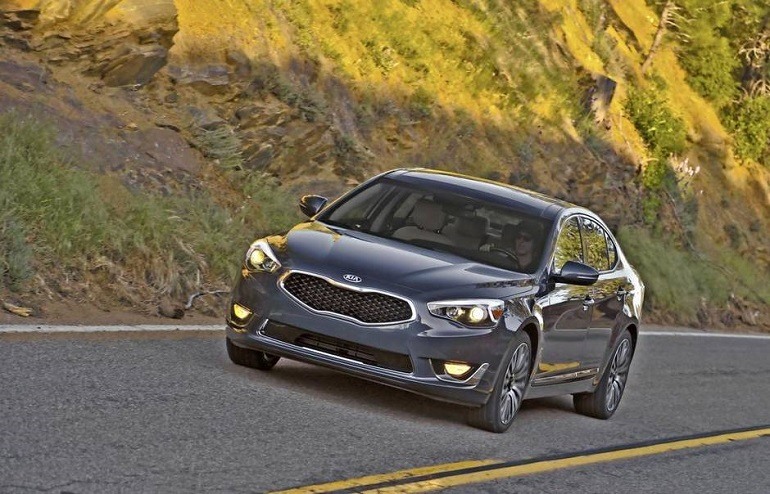 Top performing version: All versions come with the same 293-hp V-6 mated to a six-speed automatic.

The luxury-look argument: When last we checked, Kia had at least a $4,000 factory incentive on the Cadenza, which brings the price down into the low $30,000-range. That’s a terrific deal on a nice front-drive, upscale sedan, one loaded with features. Kia’s brand is not as weighty as BMW’s and such, but if you judge this car solely on the total package, minus the badge, the Cadenza stands up well. The design is conservative, but tasteful, while the execution in the cabin is a revelation at this price. Not a car for snobs, however. 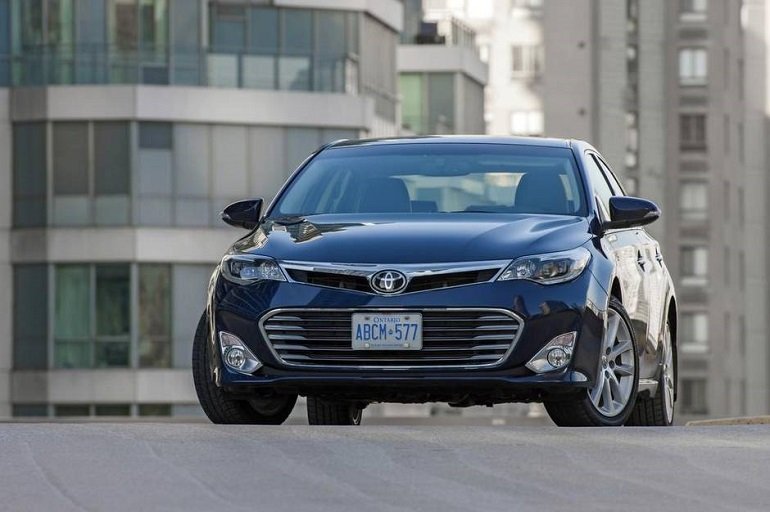 The luxury-look argument: We’re throwing out the same luxury car rivals as we did for the Chevrolet Impala. Except we’d suggest that the typical Avalon buyer is watching Cialis and Geritol ads more intently than those who drive any of these other cars – including the Impala. Still, the Avalon is a wonderful, safe, stately and reliable sedan with just enough power and more than enough electronic features to entertain buyers of what we’ll call a “certain age.” For many, the Avalon is so well built, it will more than likely be the last car ever. 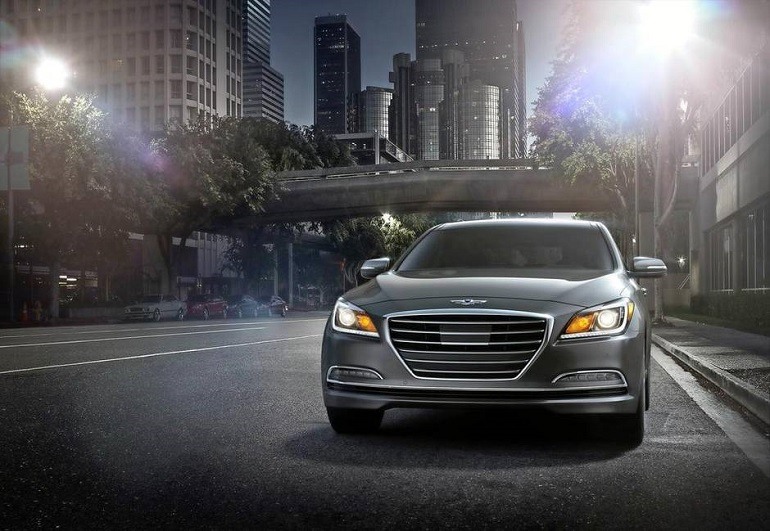 The luxury-look argument: The Genesis is aimed at a predictable luxury crowd – 5-Series, A6, E-Class … But you’ll get a lot more Genesis for the money than anything from Germany. Standard is AWD and features abound. The design is a tad tame and perhaps a bit derivative, but the total package is breathtaking. Match up one of the Germans against the Genesis, load them uniformly with features, and you might find the Hyundai has something in the neighbourhood of a $20,000 price advantage. You could buy a nice Hyundai Elantra compact with that $20,000, and make the kid happy.

Top performing version: A 280 V-6 is the top motor, while a 200-hp turbocharged four-cylinder is offered on the base version.

The luxury-look argument: Many have asked, what was VW thinking with the CC? Doesn’t this in some way compete with the Passat? VW says no, the CC is one of those sporty, four-door coupes we keep hearing about, although a coupe by definition has only two doors. The CC does have an appealing look, however – expensive but not showy. VW sells so few of them, you might trick the country club set into thinking you’ve scrounged up an exotic car from Europe. If you can hide the VW badge, of course. 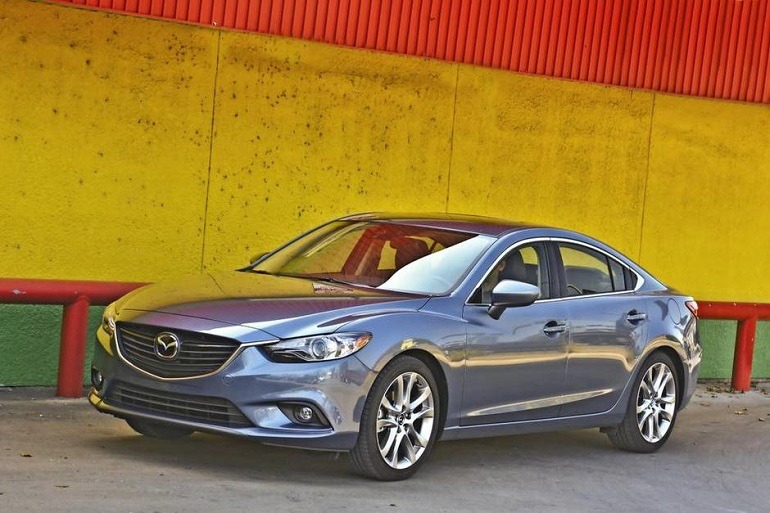 Top performing version: Even the GT has a 184-hp four-cylinder.

The luxury-look argument: The 6 has a slippery, exotic-like design; this is as effective an interpretation of Mazda “soul of motion” design language as you’ll find anywhere in the company’s lineup. Mazda also argues that the i-ACTIVSENSE suite of safety technologies is the equal if not the better of any luxury competitor.

The luxury-look argument: The newly designed 200 is lovely. Chrysler’s chief designer, Canadian Ralph Gilles, has empowered his team to stretch the boundaries of a mainstream brand. The details are notable, the proportions nicely settled. This is so good, it’s enough to make one forget how a homely car the old 200 really was. So long to bow-wow.