It’s hard to be a product planner in the automotive industry these days, as just when you think you’ve got a particular niche all figured out a Korean company comes along and eats your lunch. It’s hard not to see the 2015 Kia Sedona as anything but a game-changer, a minivan that’s come along out of nowhere after years of settling for being a value-leader and flipped the script by introducing substantial luxury and style into the people moving equation.

The all-new Kia Sedona is a shot across the bow of both the Toyota Sienna and the Honda Odyssey, two minivans that have seen their price tags and features list inflate over the course of the past decade. The Sedona is at least as good – and in many ways, better – than these two class leaders everywhere that counts. If I worked for either Toyota or Honda, I’d be scared, because this Kia is the best van I’ve driven in quite a long time.

I know, I know – am I really gushing over a minivan? The very definition of an automotive appliance, essentially a box on wheels? It’s true that there are few segments of the market more passionless, but someone forgot to tell the Kia Sedona’s designers that they should be setting the bar low. From the outside, the van bears the aggressive egg-crate grille affected by most of Kia’s modern line-up, framed by canted, malevolent headlights and a pleasantly curving bumper. In profile it’s all slab, but nicely detailed, with only the hatch area coming across as semi-generic. 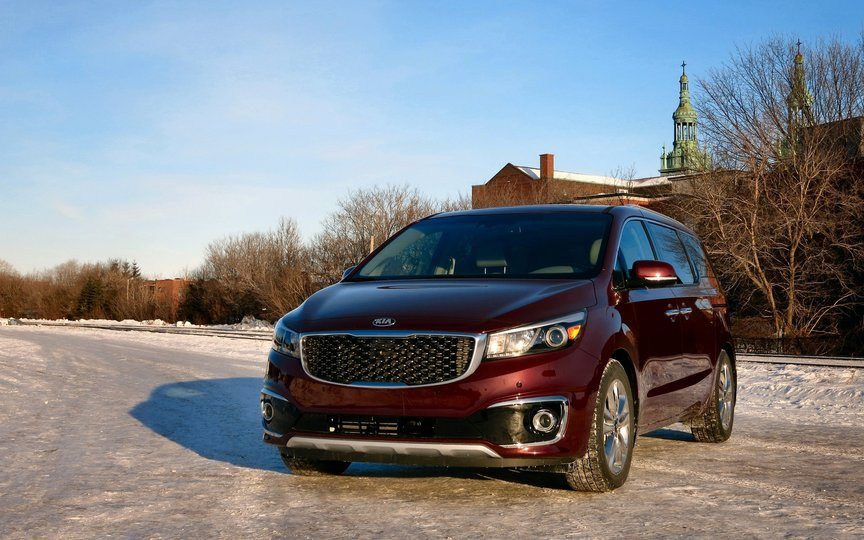 Inside the Sedona it’s an entirely different story. I need to point out that I drove the SXL+ model, which sits at the very top of the minivan’s family tree and which explains why my tester was packed with leather, wood trim, and almost every conceivable luxury feature. In fact, the Sedona’s cabin reminded me more of the brand’s K900 flagship sedan than it did lesser efforts like the Sienna or the Odyssey (or even Chrysler’s Town & Country laggard), which is saying a lot from a fit and finish perspective.

Does Your Van Come With An Ottoman?

The 2015 Kia Sedona is offered in both seven and eight passenger editions, and the SXL trim makes available a unique second row configuration that includes a pair of leather-upholstered, fully-reclining buckets that feature fold-out ottomans. It was a little weird to drive around with both seats fully extended – kind of like having a couple of dentist chairs in your rear-view mirror – but there’s no denying their novelty, nor the comfort they provide on long road trips. They’re also a substantial upgrade over the van’s third row of seating, which is more child-friendly than anything else.

Each seating position, regardless of size, is still treated to the Sedona’s comfortable ride, and those at the back of the van will appreciate the digital temperature controls mounted over the right side sliding door. Up front, there are heated and cooled seats, a heated steering wheel, a very usable infotainment system, and even a top-down camera system that helped manoeuvre the van through tight spaces (when the cameras weren’t encrusted in snow and ice, that is).

The 2015 Kia Sedona’s passenger compartment is a sight to behold, but don’t be confused into thinking that this minivan somehow sheds its hefty curb weight and tall centre of gravity and turns in a premium driving experience to match. There’s nothing wrong with what the Sedona brings to the table – you get 276 horsepower from a 3.3-litre V6 engine, sent to the front wheels via a six-speed automatic transmission – but there’s little about its driving character that sets it apart from its rivals in the same way that its daring design does. Even so, in wet slippery snow the Sedona felt secure and stable, and I never found myself wishing for all-wheel drive. 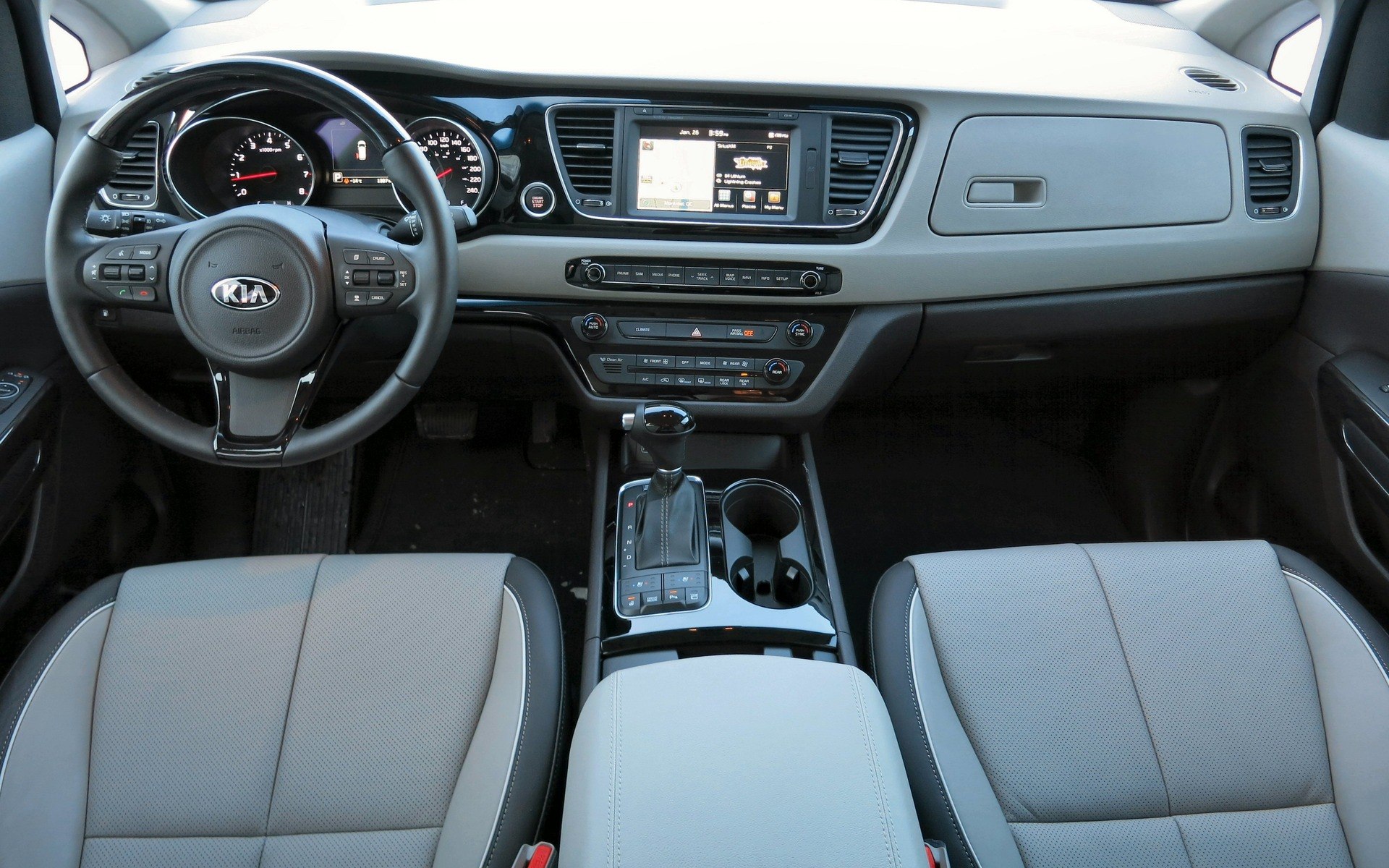 Fuel efficiency checks in just this side of average, and although the van offered ‘Eco’ and ‘Comfort’ drive modes, I found myself happy to just keep it in ‘Normal’ and enjoy its well-weighted steering. It’s worth noting that SXL vans are penalized somewhat by the additional mass of all that luxury gear, posting somewhat less impressive fuel efficiency as a result.

One of the reasons that minivans have moved so far upscale in terms of price and features is that their manufacturers learned long ago that in the absence of a fun behind the wheel experience, it’s best to accentuate the practicality and comfort of these upright land yachts. The Sedona SXL is the perfect example of this philosophy, and although you trade in some utility for those awesome second row seats (they don’t tip forward like those found in lesser editions of the van, which compromises total cargo capacity), overall it’s a refreshing take on what these rolling boxes have to offer and feels closer to what an aftermarket outfitter could do with such a large, blank canvas than any of its rivals.

When paying close to $50,000 for a minivan, it better damn well feel like it’s worth every penny, and in that respect the top-tier Kia doesn’t disappoint. If you’re looking for all-wheel drive, you’ll have to turn to Toyota, if you need an integrated vacuum cleaner (?) then Honda has your back, and if you want the illusion of performance then the Grand Caravan R/T has you covered, but neither of these vans match the execution, feature count, or interior quality of the Sedona SXL+.