Kia: Winning The Sedan War With Its Luxury-Laden 2016 Optima

Ask anyone familiar with the current Kia Optima, “What do you think of Kia’s midsize sedan?” and you’ll hear phrases like ”great styling” or “looks like a luxury car” or “lots of value for the money.” Not a bad set of impressions, and proof Kia nailed the last Optima redesign in terms of exterior styling and feature content. In fact, if the Optima struggles with anything it’s awareness, with many Americans still oblivious to the Optima’s compelling value statement. These folks likely assume the Optima is a European luxury sedan when they see one on the road, an understandable error given Peter Schreyer, Kia’s head of design, worked at Audi for 15 years before transferring to Kia in 2005. Schreyer created one of the most attractive vehicles in the midsize sedan category when the third-generation Optima debuted in 2011.

This helped the Optima achieve 150,000 in annual sales, the first-ever Kia to reach that number in the U.S. market. This is critical because at Kelley Blue Book we’re watching the decline of car sales in favor of trucks, though Kia is fighting the trend with its attractive and value-packed Optima. But like any great design exercise the real challenge comes when its time for an update, forcing Kia to decide how much, or how little, to change. One look at the all-new 2016 Optima and it’s clear Kia went subtle versus sweeping. The short, wide grille (Kia calls it the “tiger nose” grille) remains, as does the fastback roofline and wrap-around taillights, though they’re now available with optional LEDs as part of the new car’s push into luxury and technology. The Optima’s wheelbase, length and height are up about half an inch, and it’s wider by 1.2 inches. These shifts give the car a bit more presence on the road and bit more space inside (104.8 cubic feet of cabin space versus 102.2 cubic feet in the outgoing model). 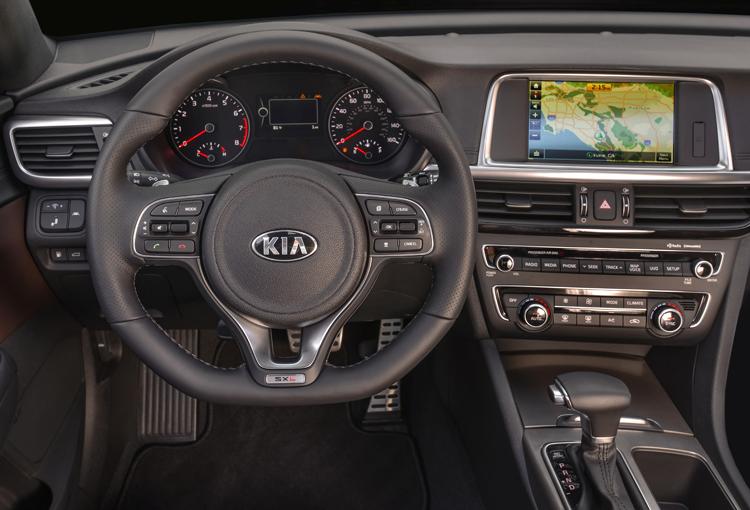 The 2016 Optima’s roomier interior means its got more space than benchmark models like Honda’s Accord and Toyota’s Camry. Material quality is comprehensively improved, with Nappa leather in Merlot and Aubergine shades available on top-trim SXL versions. Real stitching on the steering wheel, dash and door panels is contrasted with metal accents, and subtle touches like the damped center console door and clean center stack controls drive home the premium character Kia wants to broadcast with this car. The interior does feel quite roomy, though rear headroom was tight and rear seat thigh support somewhat compromised for folks over 6-feet tall. Kia has to balance that sleek roofline with rear headroom, and they’ve done a commendable job given the opposing nature of those goals. The front seats were reconfirmed for 2016 and their comfort is superb, with optional heated and cooled front seats available on premium models. 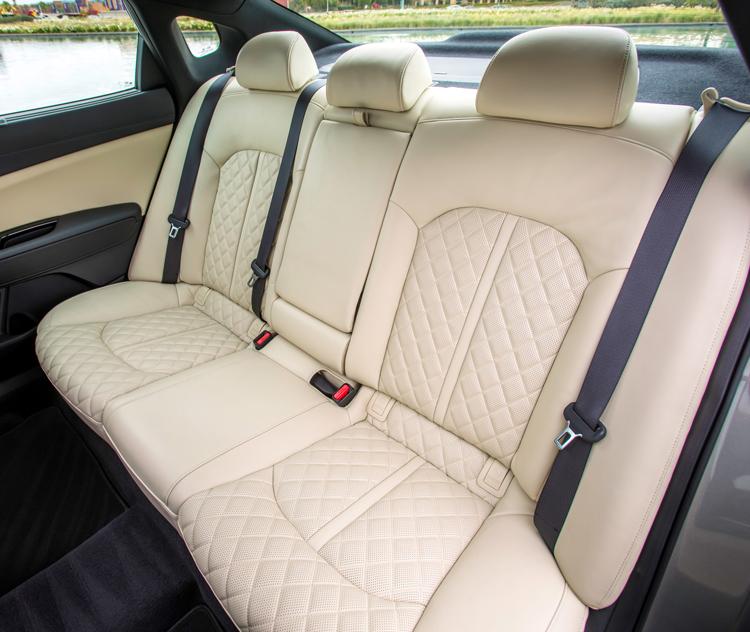 Cradling this larger, more luxurious cabin is a revised chassis with 150 percent more high-strength steel and an increased use of structural adhesives for 58 percent greater torsional rigidity. The 2016 Optima also features a revised suspension with dual lower-control arms in the rear, twice as many subframe bushings (4 versus the previous 2) and, on SX and SXL models, a rack-mounted electric power steering assist motor for quicker steering response and greater feedback. Increased insulation around the dash, acoustic laminated front windows and larger cross-member bushings all contribute to a quieter, smoother ride with improved handling dynamics. After driving the new Optima on a series of twisty roads in the Nevada mountains outside Las Vegas we were impressed with the car’s balance of performance and luxury, even on base LX models. 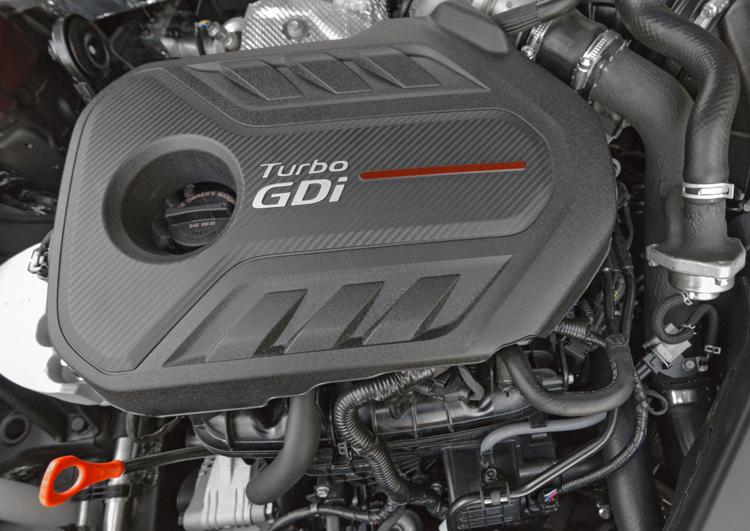