One of the most prestigious auto awards of the year was given out this morning at the Canadian International Auto Show. AJAC’s Canadian Car and Utility of the Year trophies were given out to the Kia Stinger and the Jaguar I-Pace respectively.

Every year, the Automobile Journalists Association of Canada presents its Canadian Car and Canadian Utility of the year awards. Nearly 70 members cast more than 1,500 ballots on 55 entries that included last year’s category winners and this year’s new or significantly updated vehicles. This year, voting included not just ballots cast at the annual TestFest gathering of eligible vehicles, but for vehicles driven at home and on the road by journalists located from coast to coast.

The winners in each of this year’s 12 categories were announced last month at the Montreal Auto Show. From the 12 winners, there were three finalists for Canadian Car of the Year and three for Canadian Utility of the Year.

The three finalists for Canadian Car of the Year were the Kia Forte, Kia Stinger, and Volvo V90 R-Design. The winners of the small car, large car, and large premium car categories respectively. On the Utility side, which includes vans, trucks, SUVs, and crossovers, the finalists were the Hyundai Kona, Mazda CX-5, and Jaguar I-Pace EV for small utility, mid-size utility, and premium EV categories. It was the first time for a full EV to be a finalist for the awards.

The winner of the 2019 AJAC Canadian Car of the Year award was the Kia Stinger. Kia’s sports sedan took high marks for styling and interior amenities, but also for performance scores like throttle response, engine refinement, and steering and handling.

Michael Kopke, Director of Marketing, KIA Canada accepted the award and said that “this is really exciting for us. We’re celebrating 20 years in Canada… To have Stinger, the halo of our brand to be recognized by the journalists here is a real honour.”

On the utility side, the winner of 2019 AJAC’s Canadian Utility of the Year Award was the Jaguar I-Pace. The all-electric crossover won big points for styling in class voting, but also for the response and performance of its electric powertrain and the ride and handling balance it offered.

The next stage in the awards are the trophies presented to the Best Green Car and Best Green Utility which will be awarded at the Vancouver Auto Show in March. 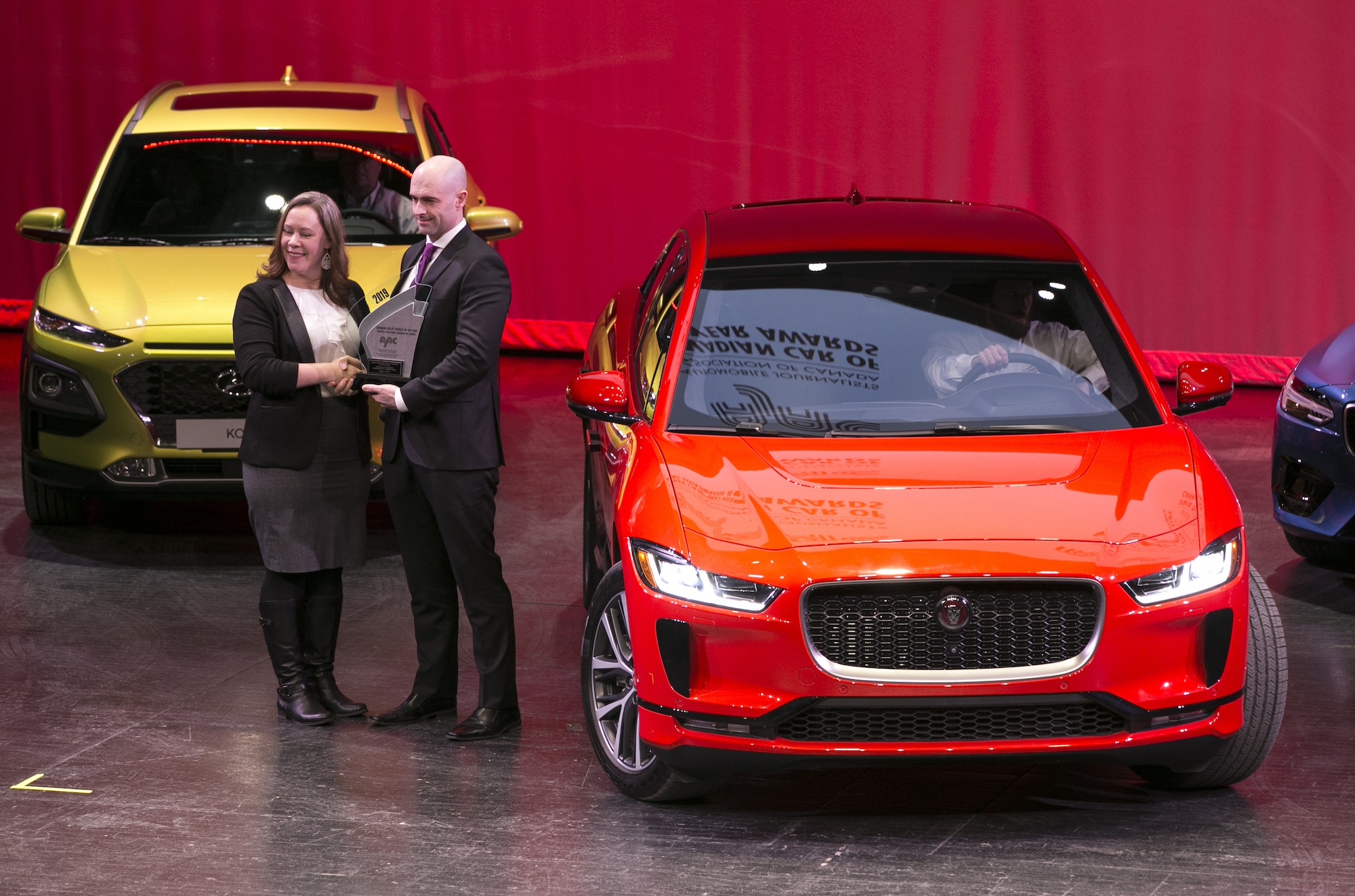