BERKELEY, CALIF. — Laggards rarely garner praise. But the foot-dragging way that Kia went about producing the 2015 Soul EV, the company’s first all-electric model in the United States, was a stroke of slacker genius. 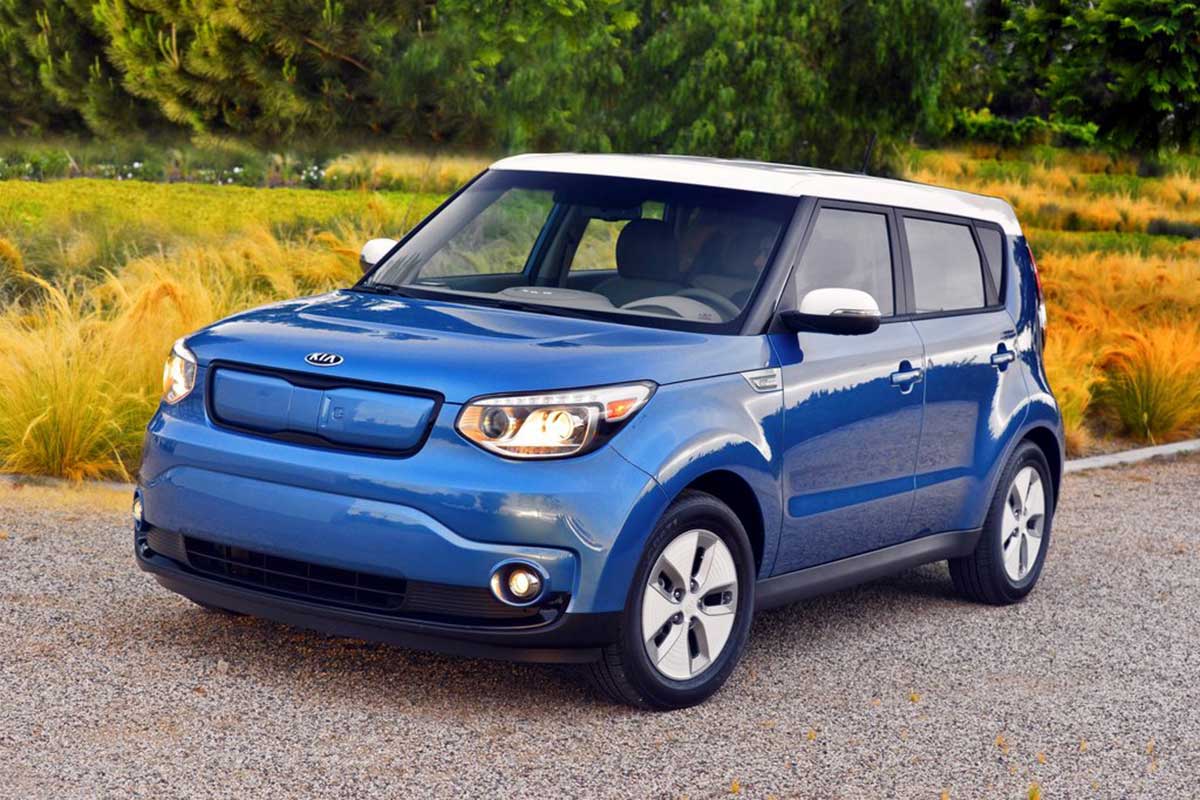 The battery-powered Soul went on sale in California last week, its arrival trailing more than 20 other electric and plug-in hybrid cars that have been offered to American customers.

Unlike Nissan, for example, which made a multibillion-dollar all-in gamble on E.V.s, Kia held back, watching and carefully tallying the progress. More important, perhaps, Kia took note of the missteps of major automakers and the many stumbling E.V. start-ups as it readied battery-powered cars for the road.

Kia’s good decisions started with the choice of the Soul as a platform. It’s not only that the trademark groovy design of the gas-powered Soul is a proven success, on track for some 150,000 sales in 2014. And it’s not just that the hamsters in the ads are so cute, or that the Soul served as an appropriately modest limo for Pope Francis on his visit to South Korea in August.

What’s important is that for a relatively small car, the Soul can carry a hefty 27 kilowatt-hour load of batteries.

“We actually would have preferred a little bit more,” said Steve Kosowski, manager for long-range strategy at Kia Motors America. “But there’s no more room under there.”

Clearly, Mr. Kosowski had read the memo about battery packs in electric cars: Size matters, and the bigger, the better, because bigger packs mean more miles of driving between recharging stops. The Environmental Protection Agency rated the Soul EV’s range at 93 miles. Other carmakers, using less accommodating vehicles as their foundation, ended up compromising on driving distances: the Ford Focus Electric is rated at 76 miles, the BMW i3 at 81 miles and the Nissan Leaf at 84 miles. Ten extra miles can be the difference between making it home or running out of power.

In my week with the Soul EV here in the Bay Area, I consistently managed just shy of 100 miles of driving range per charge, using no extraordinary eco-friendly maneuvers. That is more miles than any other E.V. available, aside from the Tesla Model S, a far more expensive car that is available with battery packs that provide 208 or up to 265 miles of range.

Were Kia’s engineers actually slackers, they could have complied with California’s zero emissions mandates with far less effort by simply wedging a 16 kilowatt-hour battery into a Rio compact and calling it a day. That would have met the minimum to qualify for a $7,500 federal tax credit to buyers, resulting in an E.V. with a capability similar to Mitsubishi’s 62-mile i-MiEV.

Kia also did its homework when it came to determining how the electric Soul should drive, recognizing this essential insight: How an E.V. brakes is more important than how it accelerates. It’s a view I agree with wholeheartedly.

By nature, electric cars have quick, quiet go-power. That’s a given, so there was no urgent need for Kia to amp up the low-speed torque beyond the 210 pound-feet supplied by the Soul’s capable electric motor. The Kia Soul EV, like most other electric cars, feels a lot quicker than its 109-horsepower rating and leisurely 0-60 m.p.h. times of 11 seconds would suggest. I applaud Kia’s planners and engineers for avoiding the temptation to overclock the torque delivery, a surfeit that results in an adolescent chirping of the tires as you leave a stoplight.

Continue reading the main story
Even with its restraint, the electric Soul is responsive. There’s plenty of highway passing power, even though the electric version is some 500 pounds heavier than the gas Soul. When urged into corners at speed, the Soul maintains the upright and confident stance of a crossover, a benefit of the low-mounted weight of the battery pack. Still, when pushed hard, the low rolling-resistance tires readily reach the limits of their grip on the pavement.

That’s beside the point. The place to get aggressive on electric cars is with regenerative braking. Like the Tesla Model S and BMW i3, the Kia Soul EV (when slipped into B position) provides one-pedal driving. Lifting my foot off the accelerator pedal, the car came quickly to a stop without touching the brake. In this regenerative braking action, the motor-turned-generator does the work of slowing down the vehicle as it recaptures kinetic energy and charges the battery pack.

Rather than switching back and forth between the right and left pedals, I pushed or slightly relaxed my foot on the accelerator to keep pace with traffic. One-pedal driving is a kick, but its purpose is to conserve battery power and increase range.

Kia also provides drivers a smart set of E.V. dashboard screens, the best in the class from my perspective. The display shows a remaining range estimate, a list of the five closest charging stations that refreshes on the go and most important, the battery’s state of charge. The charge level, expressed as a percentage, requires no fancy algorithm to translate; with the car’s range at almost exactly 100 miles, a single percentage point of battery power equates roughly to one mile of driving.

The playful but practical feel to the dashboard displays is matched by the whimsical vibe of both the interior and exterior design. The Soul’s hip, boxy visual appeal is not everyone’s cup of tea, yet through my week with the car I heard a chorus of comments like “so cute” and “looks like you’re having fun.”

The coolness is matched by its utility: the Soul is an especially spacious entry in this class of affordable small cars.

Additional dollops of whimsy are added to the EV model with Apple-esque white plastic accents, blue-tinged headlights and a low-speed pedestrian warning audio that sounds like a mood track from “20,000 Leagues Under the Sea.” In the Plus trim of my test car, the white exterior mirrors, tucked against the car’s royal blue body when parked, opened cheerily to greet me when the vehicle recognized my approach with the electronic fob.

Kia had more fun in hiding the Soul EV’s charging port behind a panel in the area where a grille would normally be, an ideal location for plugging in. The panel opens to reveal two ports compatible with popular charging systems from 120 to 480 volts. It was a thoughtful gesture to put a small, powerful light inside that compartment.

The Soul is the only electric car that offers as standard equipment (again, aside from Tesla) a direct current quick charge capability. In the Soul, it’s capable of adding about 60 miles of range in half an hour.

Those quick chargers at dealerships, along with a ChargeUp card granting access to various public charging networks, make regional trips in California practical in the Soul. Kia is leaving it up to individual dealerships to decide whether to charge for the 30-minute pit stops.

In my mixture of freeway trips and in-town errands, the Soul EV averaged about four miles per kilowatt-hour of electricity. Translating that to more familiar terms, it means that utility bills at home for electric fuel work out to the equivalent of buying gasoline at something between $1 and $2 a gallon. The cost range is broad because of variations in electricity and gasoline prices around the country.

Still, that should soften the blow of the $34,500 sticker on the base-level Soul EV, which comes standard with navigation, rear camera, power windows, power driver’s seat, cruise control, a 6.6-kW onboard charger and the port for quick charging. The Plus model jumps to $36,500, adding amenities like fog lamps and heated leather-trimmed seats in front and back.

A similarly equipped gasoline Soul sells for about $19,000.

The Soul EV qualifies for a $7,500 federal tax credit, and in California, its single market for now, the state provides a rebate of $2,500, as well as sticker granting solo drivers access to the car pool lanes.

Nationwide availability is in the planning stages. Kia is taking a wait-and-see approach to production — a few thousand at most in the first year, I suspect.

Yes, Kia is arriving late to the E.V. scene, but it’s walking in the door smartly dressed and ready to party.