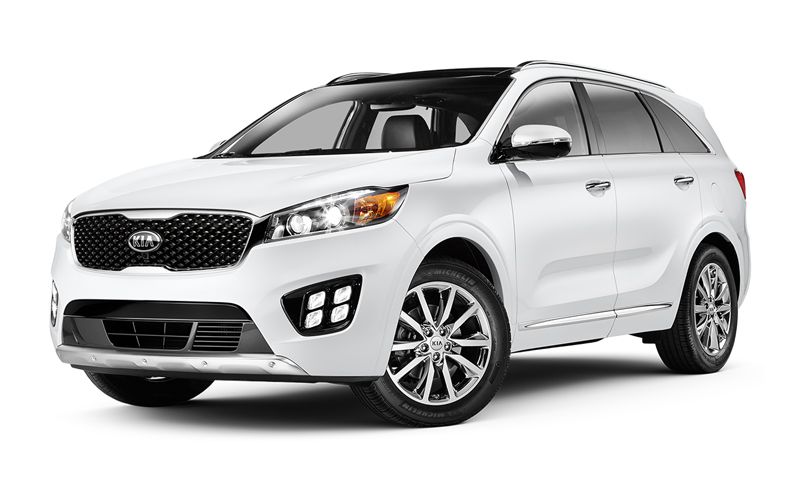 With utility and rugged good looks, the Sorento is a value-oriented ride for those seeking to avoid the stigma of a minivan. The base engine is a 191-hp four-cylinder; a 240-hp turbo four and a 290-hp V-6 are optional. The V-6 offers third-row seating. A six-speed automatic is standard as is front-wheel drive; all-wheel drive is available. When properly equipped, the V-6 model with all-wheel drive can tow 5000 lbs. The Sorento offers a supple ride, accurate steering, and a great warranty. 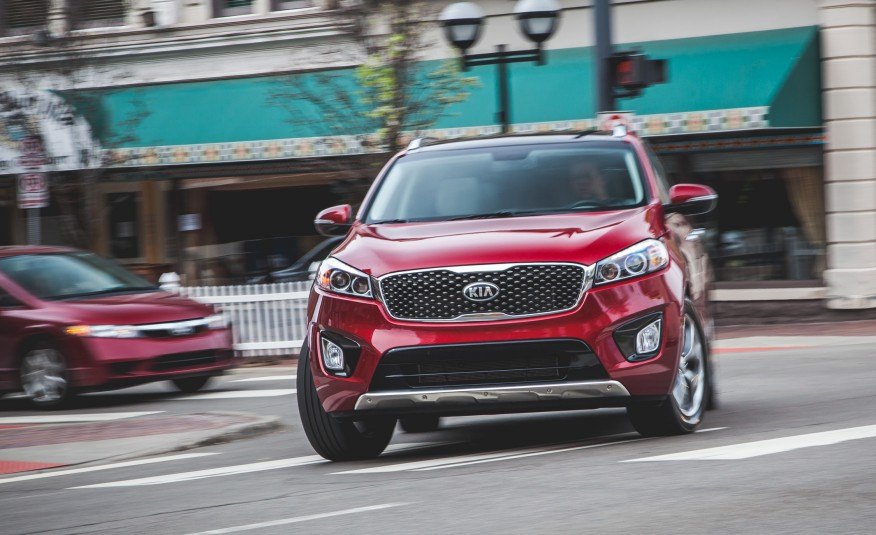 Few brands have ascended from near oblivion as convincingly as has Kia. Run your eyes down the flanks of the resculpted 2016 Sorento and it’s hard to envision products that were once bait for subprime buyers shopping for low monthly payments. Kia’s 10-year/100,000-mile powertrain warranty introduced more than a decade ago helped erase some memories of bottom-of-the-barrel quality and subpar resale values in preceding years. But the advent of Peter Schreyer’s design put a face on the rapid improvements to driving dynamics, feature content, and build quality that really started coming together in the 2011 Sorento. Suddenly Kia products transitioned from used-car stand-ins with good bang-for-buck value into something a bit more refined and aspirational.

The 2016 Sorento continues that trend. The tiger nostrils in the crossover’s grille flare more widely now on what is the third-bestselling Kia behind the Optima sedan and Soul hatchback. The look is decidedly upscale with elegance and balanced proportions inside and out and a preponderance of premium-look and -feel materials cheering the cabin that—we’ll just say it—would do an Audi or Lexus crossover proud. A three-inch stretch in overall length this year takes the Sorento to roughly the same size nose-to-tail as the 2015 Lexus RX350. But the Sorento offers three rows of seats (standard on V-6 models) to the RX350’s two. Certainly, the aft chairs of the Kia are for wee folk, yet the Sorento manages to offer four more inches of third-row legroom than the 3.7-inch-longer Toyota Highlander. 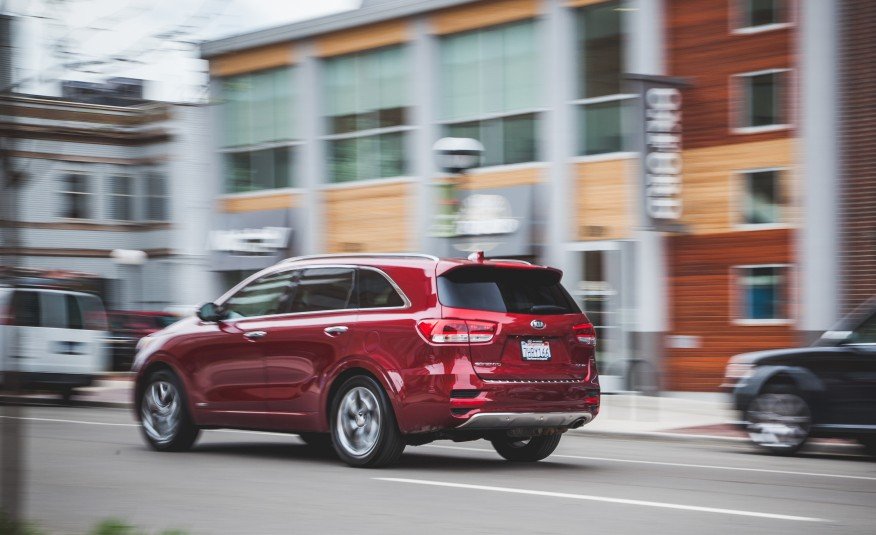 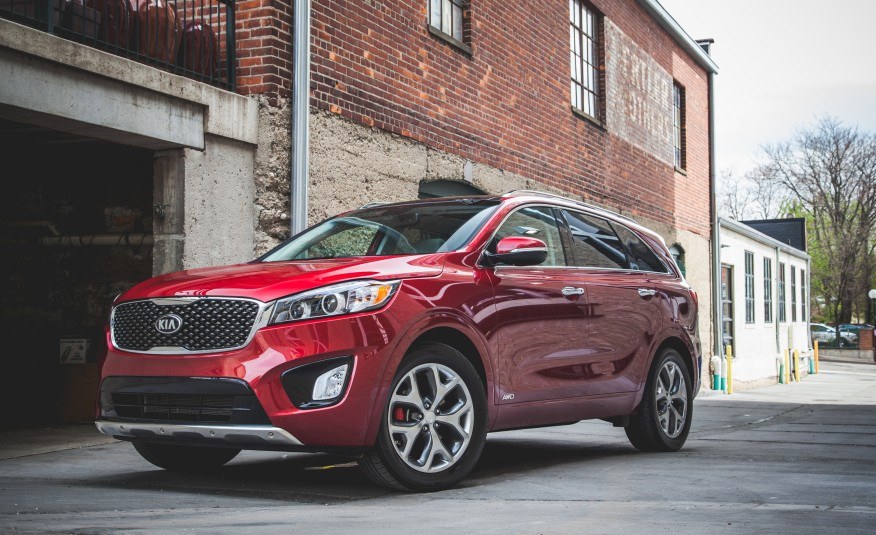 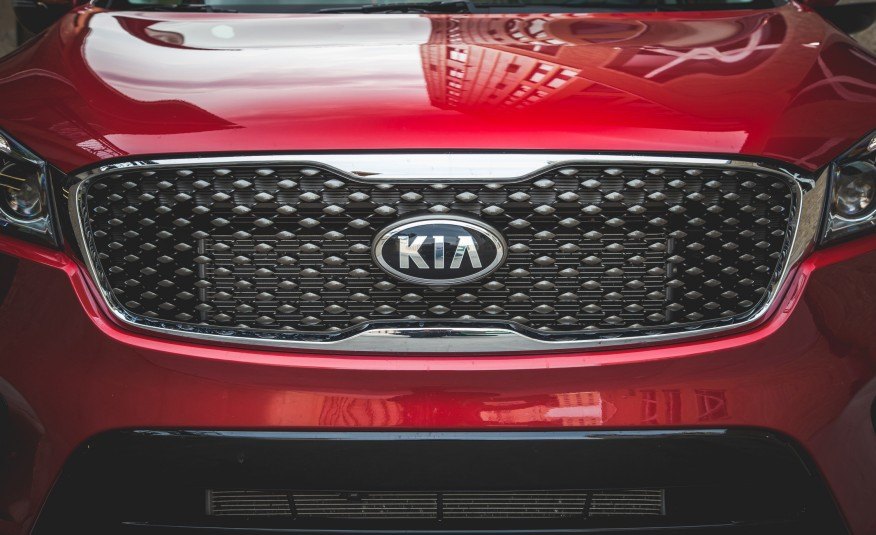 In addition to the base 185-hp 2.4-liter four-cylinder and a 290-hp 3.3-liter V-6 for upper trim levels, Kia offers a new 2.0-liter turbo four with 240 horsepower on tap and 260 lb-ft of torque in a broad swath starting at 1450 rpm. The turbo four likely will replace the V-6 in future iterations as Kia moves to meet tougher fuel-economy targets. But for now the direct-injected 3.3-liter V-6 is the best choice for all-around performance and drivability, especially in the all-wheel-drive 4313-pound SX model we tested. It’s also a good match for the Sorento’s smooth personality. It has ample torque, a pleasing sound, and pulls enthusiastically to its 6500-rpm redline. The six-speed automatic offers clean, crisp shifts.

This crossover is no slouch, either. Our $40,595 Sorento V-6 AWD test vehicle reeled off a 7.2-second zero-to-60 time, edging out both a Jeep Grand Cherokee 3.6-liter V-6 4×4 and a Toyota Highlander 3.5-liter V-6 AWD we’d previously tested. And even though the Sorento prioritizes ride comfort over high-limit handling, the Kia’s 0.80 g of lateral grip was far stickier than the Grand Cherokee’s 0.73 g. Shod with 235/55-19 Michelin Premier LTX all-season rubber, the Sorento stopped from 70 mph in 179 feet, 6 feet shorter than a 2016 Acura MDX, 7 shorter than the Highlander, and 12 shorter than the Grand Cherokee. 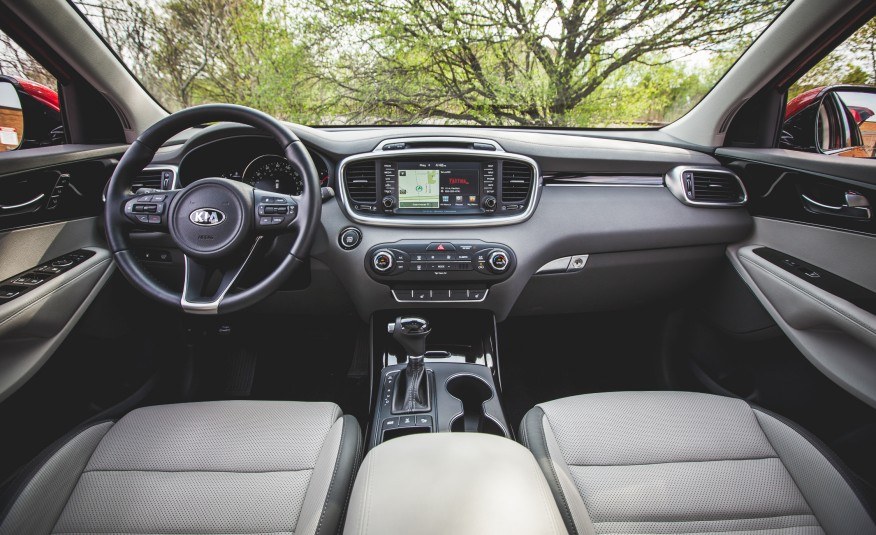 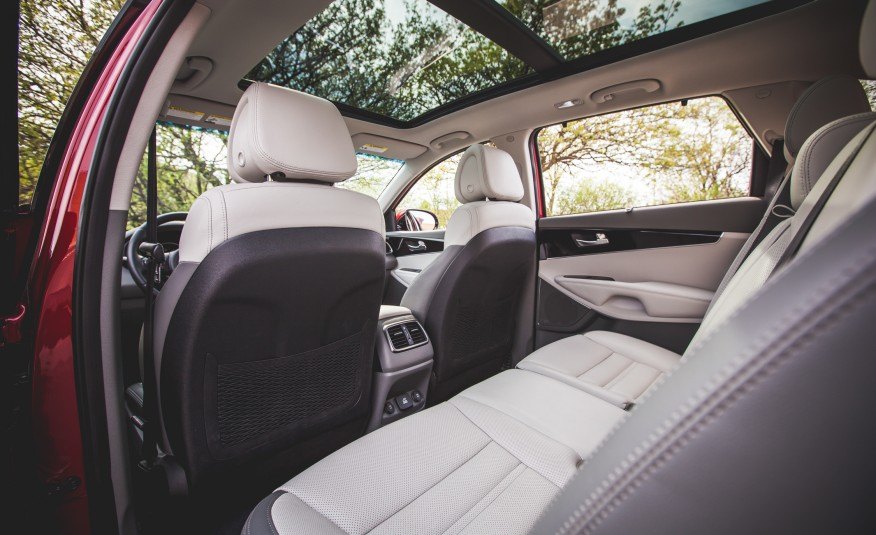 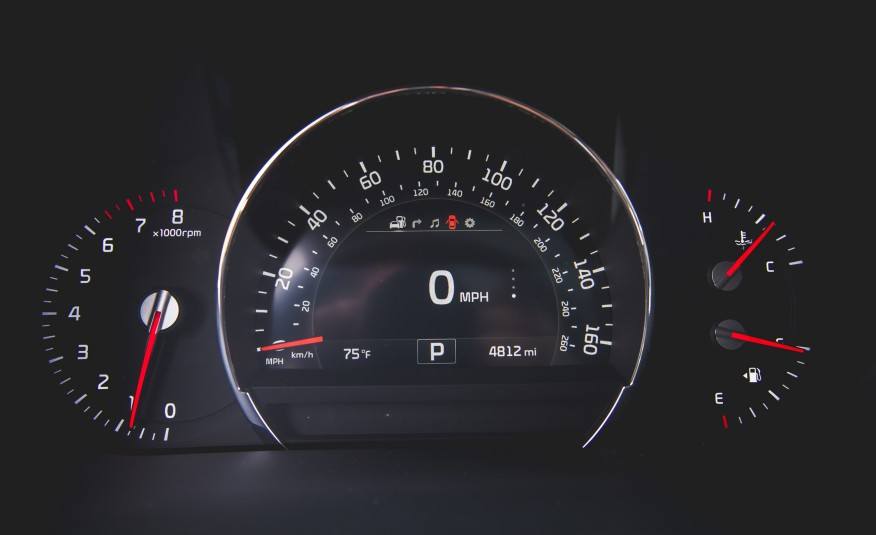 That said, the 2016 Sorento—in V-6, turbo four, or any other guise—won’t be challenging the Germans for fast-lane or twisty-road domination. Rather, the made-in-the-U.S.A. 2016 Kia Sorento is a crossover that’s very comfortable in its own skin. Despite employing column-mounted electric-steering boost, the Sorento is still not quite as talkative as the best German systems, although weighting is now quite good. But the Korean is quiet, very well appointed inside, has comfortable and supportive front seats, is stable and composed at speed, and feels very solid. While the base L and mid-level LX and EX trims deliver a lot of standard equipment for the dollar, the SX and Limited dip more than a toe into premium territory—for thousands of dollars less than premium-brand entries. We’d call that a winner.