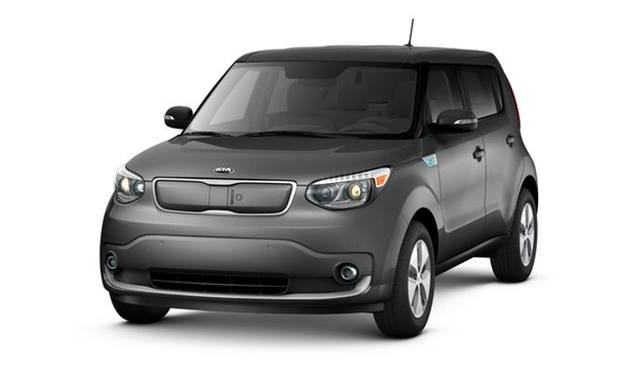 The funky Soul EV appeals to the eco-friendly, keeps the utility of the gas-powered Soul, and adds a host of tech features to please even the geekiest hamsters. Hot-rod performance is not on tap, but the 109-hp motor, lithium-ion battery, and regenerative braking yield a 93-mile range per the EPA. It can charge in 4 to 5 hours on a 240-volt system. Currently the Soul EV is sold in a total of ten states, so check availability. 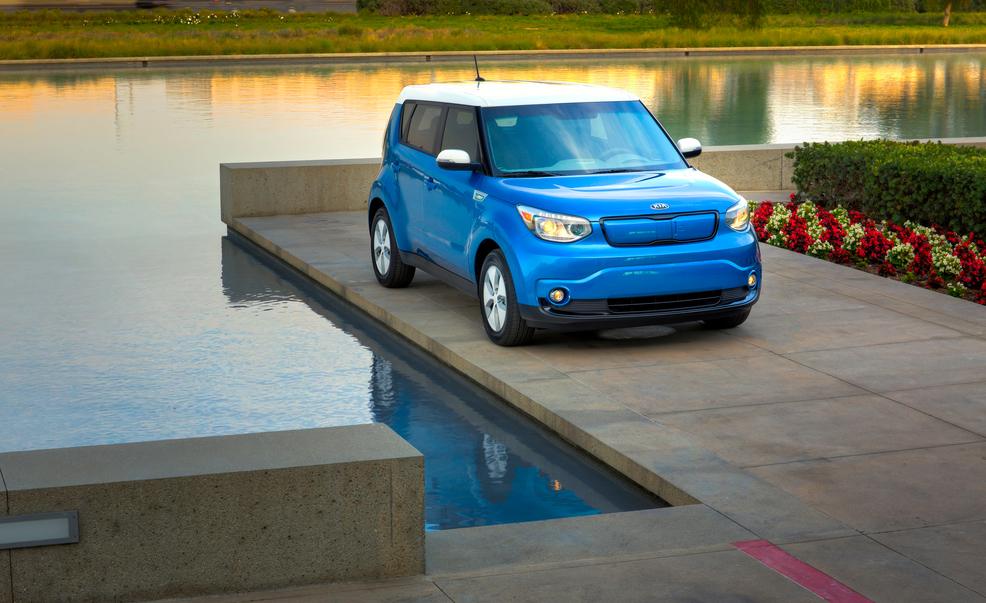 Kia calls the Soul a UPV—Urban Passenger Vehicle—a classification that’s particularly apt for the new EV version, the brand’s first zero-emissions offering. With a fully charged battery pack, the car earns an EPA operating range of 93 miles, but that still means sightings of electric Souls beyond city limits will be extremely rare.

That range potential (second only to that of the Tesla Model S among current electrics, according to Kia) is attributable to the energy density of its lithium-ion-polymer battery pack. We monitored the comprehensive battery-state and range readouts on the eight-inch color display in the center of the dashboard during our brief warm-weather West Coast drive, and that range expectation did not seem at all optimistic.

Kia baked an electrified model into the architecture planning for this second-generation model. But its 620-pound battery pack—plus five transverse subfloor beams to strengthen the unitized body—add up to a pretty hefty Soul. With a curb weight of about 3400 pounds, the Soul EV is several hundred pounds heavier than a basic gasoline model. 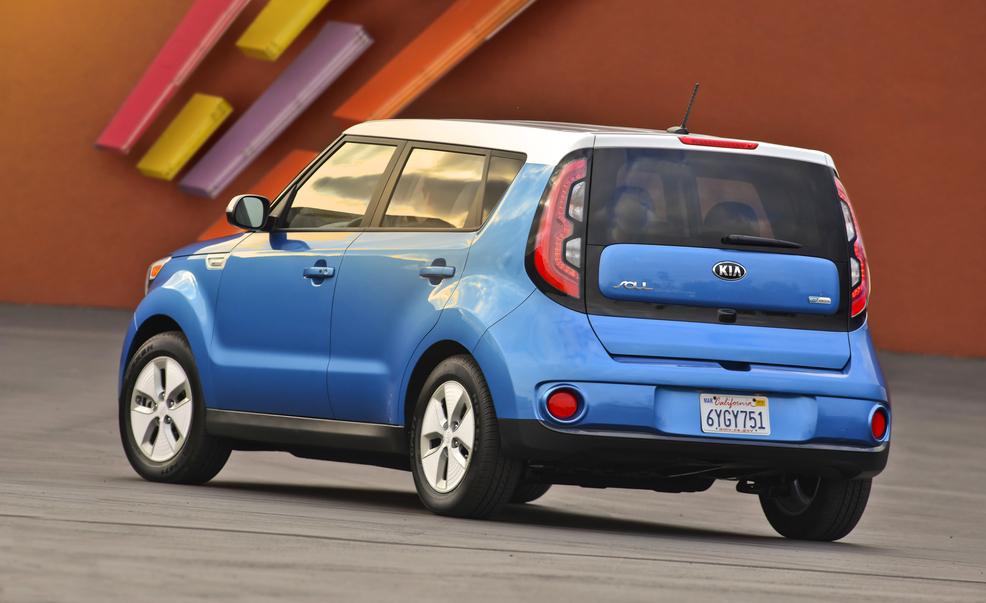 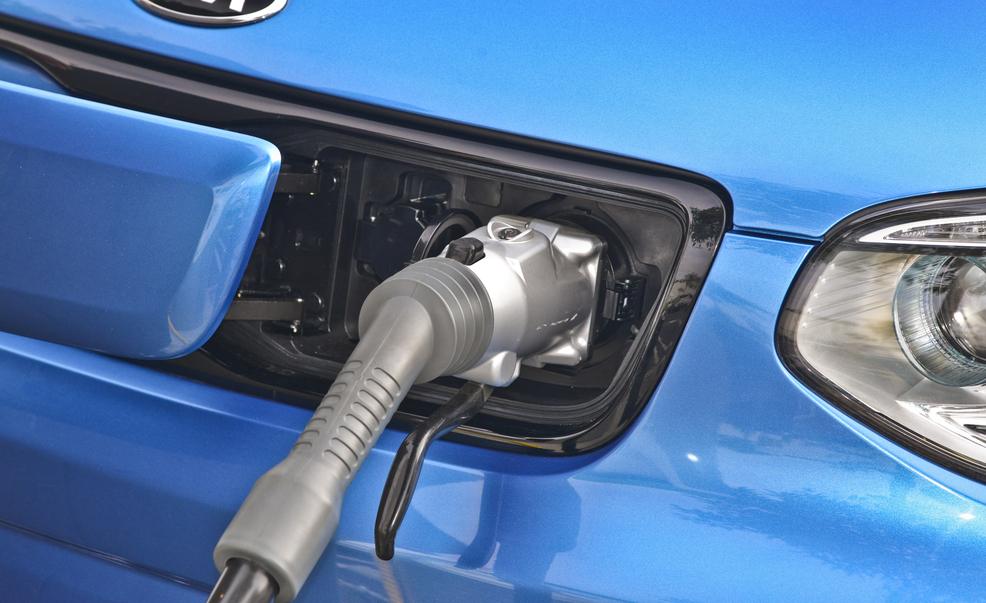 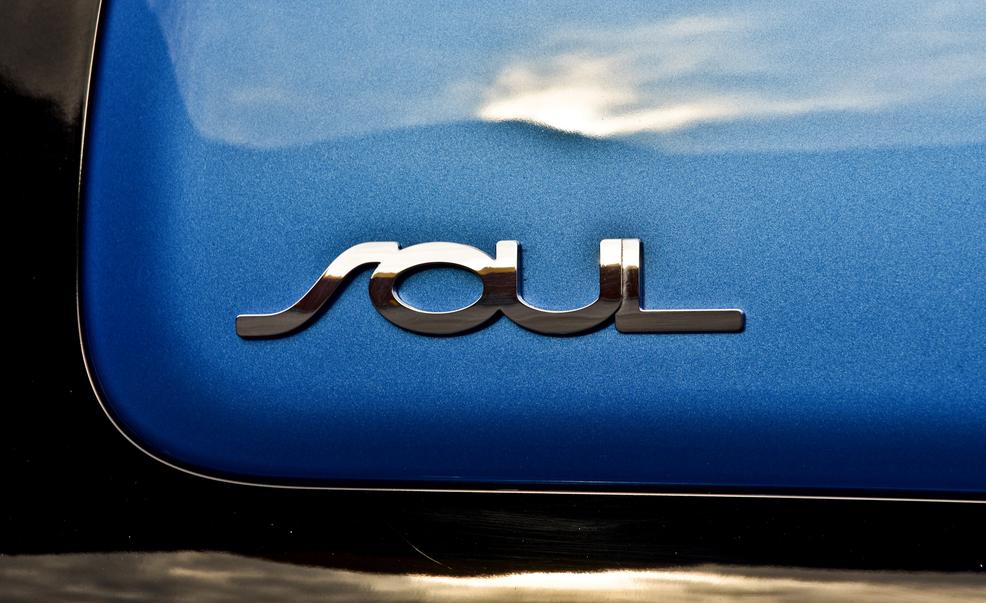 The air-cooled battery pack consists of 192 cells in eight modules and resides beneath the first- and second-row seats; it raises the second-row floor a few inches, although the rearmost section of the cargo bay is unaffected. Like most current electric cars, the Soul is propelled by a synchronous AC motor, this one rated at 109 horsepower and 210 lb-ft of torque. It drives the front wheels via a single-speed transmission.

A prime virtue of an electric motor is max torque from rev one, which translates as right-now throttle response followed by smooth, linear acceleration. But electric or not, the power-to-weight ratio will have its say, and while the Soul EV is quick across an intersection, attaining 60 mph takes a while—10.7 seconds, by our estimates.

Still, there are other dynamic virtues here. Without the rumble of an internal-combustion engine, the EV’s soundtrack now consists of deeper sounds from the swamp—some motor whirring, tires on pavement, and air rushing around the cabin. Ride quality is smooth, with the added weight of the battery pack actually calming ride motions a bit. Responses to directional changes are surprisingly eager, with only moderate body roll. This Soul also has accurate steering, which is all the more surprising since it has an electric system (natch) with a column-mounted motor. 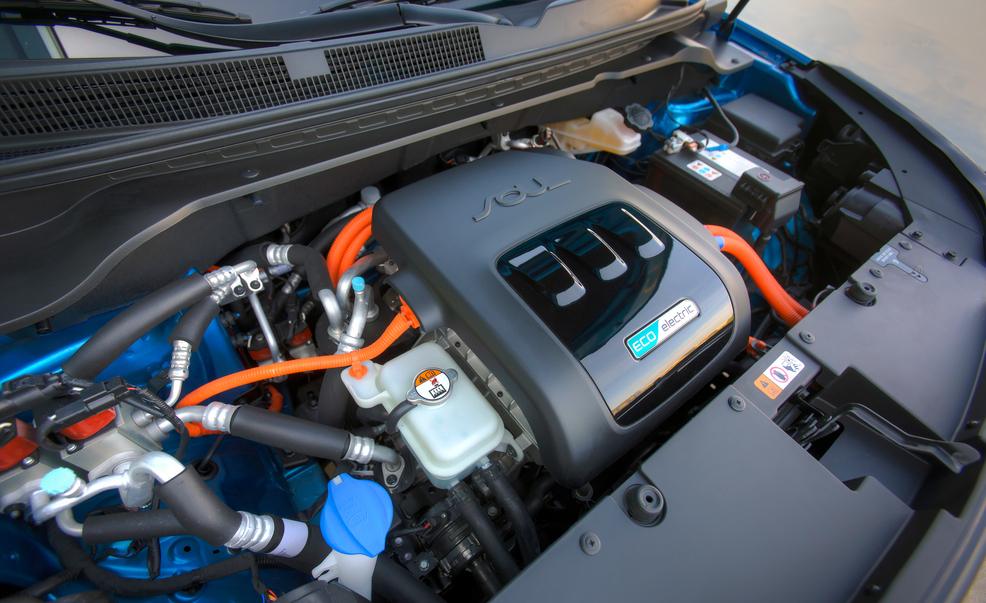 The electric Soul includes a 6.6-kilowatt onboard charger stashed behind the grille (one of the major cosmetic distinctions between the electric and gasoline models), with SAE J1772 Level 1 and 2 ports, as well as a CHAdeMO DC fast-charge port. Charging times are typical of most contemporary EVs: about 24 hours on 120-volt household current, 4 to 5 hours with 240 volts, and about a half-hour to get an 80-percent charge at a public DC fast-charge station.

Like most electric compacts, the Soul is pricey at $34,500 to start. It is well equipped, including navigation, a rear camera, Bluetooth, and UVO EV services to monitor distance-to-discharged, check battery-charge status, and search for charging stations. The EV Plus ($36,500) adds equipment such as projector-beam fog lights, power-folding mirrors, and heated leather seats. But as with other EVs, the MSRP can be seriously whittled with government subsidies such as a $7500 federal tax rebate, for openers. And California offers a $5000 rebate on the purchase or lease ($249 per month for the Soul) of zero-emissions or plug-in-hybrid vehicles. Nevertheless, at more than double the price of a base piston-engine Soul, the fossil-free EV is no cheapie.

According to Kia, 44 percent of all electric-vehicle sales in the U.S. are in California, which is pertinent to the Soul, because that’s the only place you’ll be able to acquire one, at least initially. Kia may expand availability to the other ZEV states sometime in 2015, but that’s a wait-and-see situation.